An important thing to avoid when writing any story is creating a villain who is evil simply for the sake of being evil. Beginners sometimes struggle with this but remember, this isn’t an old Disney movie. Antagonists with crazed cackles, hooked noses and wart-covered faces aren’t everyday people. You need to look to the manipulators, the conniving trolls of society for inspiration. The controlling mothers, the dirtbag bosses, the bullied nerd pushed toward vengeance. That’s what makes a compelling antagonist, not stereotypes. Villains, often times more than any other character, have to be more complex and interesting. Just ask John Rogers who said, “You don’t really understand an antagonist until you understand why he’s a protagonist in his own version of the world.” To put it simply, no bad guy ever considers himself the bad guy in real life. For instance, despite the legacy he left behind, Hitler considered himself a hero, someone bringing his country to new heights while creating a better world.

See, monsters aren’t just born, nor are they made – see what I did there? – but rather, perceived. Now by no means am I condoning anything people like Hitler have done throughout history, but you have to understand that they aren’t monsters. They’re people, people like you and me. And that makes them all the more terrifying. The belief in a mythological or supernatural source of evil isn’t necessary; man is more than capable of every wickedness. 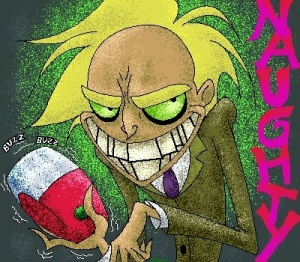 Give your villain a back story, and don’t automatically make them the bad guy. Let their character grow a bit and reach a turning point in their life, whether that be physically, psychologically or ideologically. Something has to turn them for the worse. I like the “the end justifies the means” approach myself, but that’s just me. Perhaps the mother whose child is dying and needs a transplant takes matters into her own hands, murdering each of the candidates in line ahead of them. In her mind, the death of a stranger is admissible compared to the passing of her own son or daughter.

So take care when shaping your villain, give them depth and drive. Let them grow as the story grows and don’t forget that their morals don’t necessarily go out the window completely the moment they turn down their dark path. If possible, make your audience at least empathize with them. An interesting villain should be able to go every bit as far if not further than even the main character in development.

Have you ever struggled to shape your villain? What are some basics you typically use to shape their character? Leave your comments below and if you have any questions I’ll be more than happy to answer.

This entry was posted in Writing Tips. Bookmark the permalink.